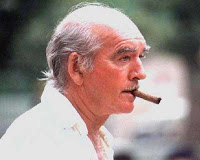 It was a much smaller MIDEM than its been in the past.It’s still the largest and most focussed opportunity the music biz crowd has to trade and make new contacts around the world, its just that at this precise moment there are fewer of them.The Croisette at Cannes and its Palais du Festival was noticeably less frenetic,however its future is in no doubt as the French cherish their institutions and know that if you preserve them they will become modish again. So if you haven’t been there’s still time. My wife finally went some years ago. She was visibly shocked by the crowds.”Who are those bulky men in tight jeans,the ones with leather jackets and pony tails?’ she asked “the Germans” I replied.”Some people seem quite desperate” she commented,”Yes they still haven’t closed the deal that will pay for their trip” I replied. I’ve been to many, many, MIDEMs but they all merge into a single episode of handshakes, snatched conversations and hangovers. I’m sure everyone has those same trade show experiences, lifelong friends, business partnerships and spurious enmities are nurtured in that strip of the Croisette and the attendant hotels and restaurants.I have met and re-met many wonderful people at MIDEM, often in the same year. I remember vividly the first meeting of the Chrysalis delegation, Chris Wright,Des Brown and myself with Monti Lueftner head of Ariola Germany (pictured above with Liz Mohn) who,in a pitch to licence our label, instantly proceeded to outline his ambitions to create a new WEA (Warner Elektra Atlantic the then industry giant led by Steve Ross supported by Mo Ostin and Joe Smith at Warner Bros, Jac Holzman at Electra and Ahmet and Neshui Ertegun at Atlantic). This was heady stuff, indeed Neshui was strutting his stuff that MIDEM with his close friend Pele in tow. Monti went on, supported by his friend and employer Reinhard Mohn the owner of Bertlesmann,to add Arista and RCA to Ariola to create the Bertlesmann Music Group, as well as licencing Chrysalis and supporting us loyally. A case of what starts at MIDEM having repercussions, not least a long,entertaining and generous partnership between him and us. He became the third of our Chrysalis kameraden,the German music business folk with whom we built our own personal post-war reconciliation. The first was Fritz Rau the rightly legendary German concert promoter whose autobiography is unfortunately only so far available in German, and the second being Ossie Drechsler, for a time MD of Polygram Germany. I continued my relationship with Monti through my ‘Dedicated’ joint-venture with Bertlesmann until his retirement party in the Munich Hilton in the mid-90’s. 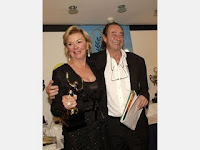 Apart from nurturing close relationships MIDEM has had another and more profound effect on my life, the discovery of the Cote D’Azur and its lifestyle. A childhood in Hull does not prepare you for lunch on the beach in January, particularly when you’re invited to Eddie Barclay’s birthday party. Eddie (pictured above top) was the top French music producer, musician, businessman and a leading figure in French society. He managed nine marriages as well as the best parties,including his famous ‘Soirees Blanches’ at his home in St Tropez. His MIDEM birthday party involved lunch at Tetou the fish restaurant in Golfe Juan,where you eat bouillabaisse. “What is it?” I asked, “Fish stew ” I was told. A regular Hull diet of fish and chips did not prepare me for this either.The process of discovery continued over lunch with the Dutch at L’Oasis in La Napoule where Louis Outhier was the chef, and this peerless genius produced Loup en Croute. I was a bit abashed by all this and frankly uncertain,but I knew I would be back for more.